Technologies Innovations Group (TIG) focusses on advisory/consulting services and investments in innovative technology areas including Advanced Cybersecurity, AI/Analytics, Cloud Services, Mobility & IoT. TIG offers advisory/consulting services to customers. Any requirements for execution of down-stream activities and projects would be handled by USR Systems. Girish and Pramode from TIG form the Advisory Board of USR Systems along with Atul and Murthy who come with rich industry and entrepreneurial experiences. 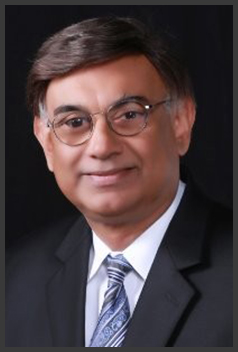 Girish Varma is the founder & CEO of Technologies Innovations Group, focussed on advisory/consulting services and investments in innovative technology areas including advanced security, AI/Analytics, cloud services & IoT. Girish has over 40 years of experience as senior business and technology leader at fortune 100 companies (AT&T,IBM,CenturyLink) & at Bell Laboratories. Previously he was President of Global IT Services and New Market Development at CenturyLink, where he created and led CenturyLink’s business unit for new products in the areas of technology consulting and managed services, including digital transformation, IOT, public & private cloud hosting, Enterprise/IT security services, Advanced Analytics/AI & Big Data.

Previously, as Executive Vice President & CIO at CenturyLink, Girish was responsible for all IT applications development, data centers and infrastructure, including overseas operations. In this role, he led the organization in integrations of the Qwest and Savvis acquisitions as well as development of new digital platforms & products.

Prior to merger, Girish served as SVP/CIO at Qwest & led the organization in enabling the major business turnaround . Earlier at IBM, he served as the VP of Global Applications Svcs and the Telecom Center, responsible for creating new business & products for the telecom industry.

Prior to IBM, Girish was a Vice President & officer at AT&T, where he had a very successful 25-year career spanning AT&T & Bell Laboratories. At AT&T, he had the CIO responsibilities for business, network and local services. He started his technology career at Bell Labs, where he held a number of technical and management positions with increasing levels of responsibilities.

Girish holds a Masters Degree from Banaras Hindu University in India and a PhD from the City University of New York. He is also a recipient of numerous business achievement and software excellence awards & served on several boards/councils.

Pramode VermaExperienced executive in the telecommunications industry and higher education 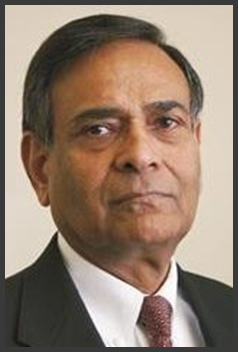 He joined the University of Oklahoma in 1999 as the founder-director of a graduate program in Telecommunications Engineering. Under his leadership, the graduate program of the Gallogly College of Engineering at OU-Tulsa went up from zero to 45 graduate students in Telecommunications Engineering and Electrical and Computer Engineering, nearly equally divided between Master degree and doctoral degree candidates. He is the author/co-author of over 150 journal articles and conference papers, and several books in telecommunications engineering. His academic credentials include a doctorate in electrical engineering from Concordia University in Montreal, and an MBA from the Wharton School of the University of Pennsylvania. He has been a keynote speaker at several international conferences. He received the University of Oklahoma-Tulsa President’s Leadership Award for Excellence in Research and Development in 2009. He is a Senior Member of the IEEE and a Senior Fellow of The Information and Telecommunication Education and Research Association.

Prior to joining the University of Oklahoma, over a period of twenty five years, Pramode held a variety of professional, managerial and leadership positions in the telecommunications industry, most notably at AT&T Bell Laboratories and Lucent Technologies. He is the co-inventor of nine patents with several patents pending. He regularly serves on National Science Foundation panels, especially those on Small Business Innovation Research. His research on Quantum Communication has been funded by the National Science Foundation. Pramode’s business experiences encompass mergers and acquisitions at Lucent Technologies. 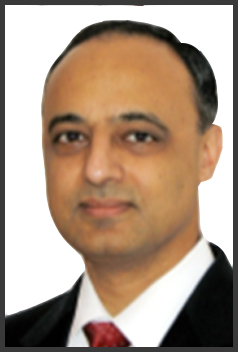 Atul Chhabra brings his rich experience in Artificial Intelligence, Machine Learning, Big Data, and Cloud to bear upon entrepreneurial ventures and industry services. As Managing Director at Alto Strategies, he offers strategy consulting and business development services across a wide array of industry verticals. He has over 40 peer-reviewed publications and one patent in computer vision, machine learning, and AI.

Over the last year, Atul has been working on early-stage stealth-mode startups in HealthTech and Autonomous Navigation for eVTOL/passenger drones; both initiatives leverage AI at their core.

Earlier, over five years at CenturyLink IT Solutions, Atul was responsible for practice development, solution architecture, and sales support for cloud hosting and IT services such as cloud readiness assessment, cloud migration, and related services. He worked across diverse industries including financial services, healthcare, transportation, retail, energy, government, defense, and education. He spent a year advising Wall Street firms on technology trends. He has an entrepreneurial focus with deep expertise in emerging technologies. Earlier, Atul co-founded a technology startup to accelerate storage I/O for virtual infrastructure in cloud-scale and enterprise data centers.

Atul spent several years with Verizon as Director of IT Strategy. There, he managed private cloud strategy and execution, data center consolidation, open source software, and sustainability. His experience at large enterprises and tech. startups gives him a unique perspective on the technology and market landscape in AI/ML, cloud, big data, blockchain, and other emerging technologies.

Early in his career, at NYNEX Science & Technology, Atul led a collaborative industry-university R&D team to develop algorithms and software for machine learning, pattern recognition, and image processing/computer vision. During this period, Atul held a leadership position in the International Association for Pattern Recognition.

Atul holds a Ph.D. in Electrical & Computer Engineering from the University of Cincinnati and a B.Tech. in Mechanical Engineering from the Indian Institute of Technology, New Delhi. His PhD research on computer vision and industry research on machine learning, pattern recognition, and document image understanding has been widely cited. He is a senior member of the IEEE. 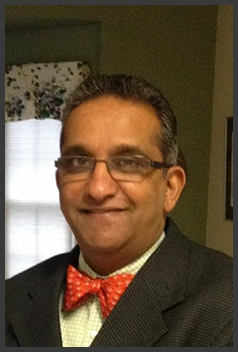 Murthy Vangala spent most of his career at Bell Labs, AT&T and AT&T Broadband (now Comcast), ultimately serving as the Vice President of Corporate Strategy, Corporate Development (Mergers & Acquisitions) and New Product Development. He played a key role in the integration of TCI and MediaOne, he was instrumental in the overall success by leading the planning, integration, and operational transformation of this multi-billion dollar venture in several key markets as well as leading the launch of Voice over IP (VoIP) services. Post AT&T, Murthy served as Vice-President and General Manager for VoIP Solutions at Amdocs, large international IT Systems Company.

His entrepreneurial experiences include the co-founding of “Transera Communications”, an IP services company. He is also the founder and president of Neovista Solutions, LLC, a consulting company providing strategy, technology and business planning, strategic business development and business process reengineering with a focus on the Telecom, Media and Entertainment verticals.

Murthy was a Managing Partner at ANSi Consulting, where he led several business/technology transformation engagements and regularly acted as a coach to senior executive teams at client companies in many verticals that included the Healthcare, Telecommunications, Pharma, Industrials and Legal Industries.

Currently, the Advanture Group, where Murthy is a founder and the president, delivers high-end management consulting and associated technology solutions across multiple verticals. Continuing to leverage his broad range of experiences, Murthy leads engagements by developing and applying appropriate technology, strategy, and roadmaps to realize client’s business objectives. Murthy and his team provide Virtual CIO, Technology realization and operational Transformation services to many businesses across multiple verticals. 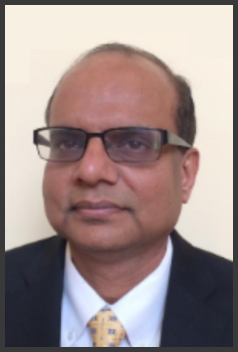 Ratnesh is a Business Executive with 25+ years of experience in leading Digital Transformation initiatives for Fortune 500 companies. During his career, he successfully partnered with CXOs of leading Telecom, Utilities and Insurance companies to deliver $50M+ Transformation Programs covering Enterprise Solutions, Application Services, Cloud, Analytics, Mobility, Artificial Intelligence and Big Data. He advises startups and small businesses on Go-To-Market, Asset Development, Program Management and Business Development strategies. He is very passionate about developing an ecosystem of Agile SMB Enterprises to improve success of Digital Initiatives. He brings optimism, passion and a deep desire to succeed in every endeavor he undertakes. As a futurist and strategist, he loves to engage in conversations related to evolving business models, value networks and organizational designs for succeeding in the digital age. His hobbies include Golf and Yoga.